I first used a wood lathe in 1978 when I was 38. I’d been doing a lot of things until then, none of them related to wood. I saw John Barton’s Creative Wood Working Course at Selkirk College as a way to expand my marketable skills. As part of the course I was repairing a chair and had to replace two rungs. John showed me how to turn them on the lathe. I saw the lathe as a basic tool which is occasionally useful but tends to gather dust in most shops. In 1982, during a trip to California with John Barton, I met Del Stubbs, an inspired and extremely talented woodturner. I watched him on the lathe and was amazed at what he was able to do. My interest was piqued.

The next year I was hired as the Instructional Assistant for the Fine Woodworking Program at Selkirk College in Nelson. Over the next few years, with the help of how-to books and videos, I acquired basic lathe skills and shared them with any interested students. The more I turned, the more I liked it.

When I heard Del Stubbs was giving a workshop on woodturning in Saskatoon in conjunction with the Fourth Turning and Design Conference in 1992, I signed up right away. For the first time I was in the company of other woodturners and it was a revelation - I knew where I’d been and now I had an indication of how far there was to go.

In 1995 I retired from Selkirk College, bought a General wood lathe and went to New Zealand. I’d always wanted to go there, and thanks to the biennial artist and woodturning collaborations at Emma Lake, I had a list of woodturners to contact when I got off the plane. After three months living and working with some of New Zealand’s top turners, I bought some Kiwi turning tools, came back to Canada, and began to turn in earnest.

My work is available at the Craft Connection in Nelson, the Kootenay Gallery and the Station Museum Gift Shop in Castlegar, Handworks Gallery in Oliver, Mine: Stylesource in Vancouver, Northern Lights on Cleveland Avenue in Squamish, and Words End Booksellers in Ucluelet. 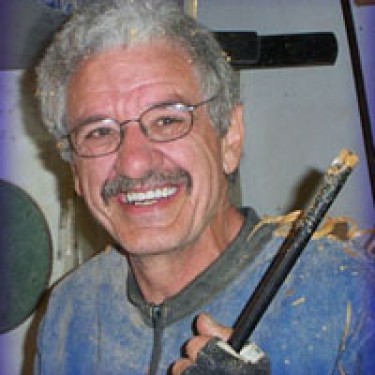