A lifelong dedication to the study of woodworking and design began in his family’s construction business and was refined through study at Buckminster Fullers’ design department at Southern Illinois University. Lake came to Hawaii in 1980 as an architectural woodworker after a woodworking apprenticeship that took him all across the US. These “journeyman” travels put him in touch with master craftsmen, architects, and artists, and allowed him to work on a wide variety of challenging projects. Years spent in the Pacific Northwest allowed him to become involved with forestry as a way of life, and today a cornerstone of the work he produces is the connection of the craftsman with the long term health of our forests.

Tai designs and builds fine furniture from local hardwoods, and manages a koa forest project here in Kona. He is president of the Big Island Woodworkers Guild and lives in Holualoa, on the Big Island of Hawaii. Tai’s work has received numerous awards and images of his work have been published nationally. His pieces can be seen at selected galleries on the Island of Hawaii and in Aspen, Colorado.

Tai was the Featured Artist in the Black Book section of American Express’ May/June ‘99 issue of “Departures” magazine. The following is taken from that article, written by Richard John Pietschman.

Few artists prepare their own raw materials —- imagine a painter weaving canvases —- but Hawaii-based master furniture maker Tai Lake is one of them. Lake, whose studio-workshop lies outside the hamlet of Holualoa on the Big Island, works almost exclusively in koa, a species of acacia native to Hawaii. He uses only trees from nearby Greenwell ranch and mills the wood to his artistic requirements on-site using a portable sawmill. “I see that tree when it first opens up, and sometimes I’ll see a table, right there at the sawmill,” he says.

The former architectural woodworker thrives on koa’s colors (blonde to dark-brown, with reds, golds, and yellows woven in) and what he describes as its “infinite variety of grain”. The wood’s downside: Koa is “very capricious” to shape, he says. “That beautiful grain makes it a nightmare to work. Every tool in the shop has to be razor sharp.”

Each year Lake crafts around 70 studio-furniture pieces——-tables, chairs, desks, and chests —- about half commissioned and the rest destined for a handful of galleries. His rocking chairs, which have long, gracefully recurved bottoms, have become his signature pieces. “All the lines in my pieces harmonize,” he explains. “The components are balanced, and everything is proportional and scaled.”

The inspiration for Lake’s designs are often far-flung: the swept line of a Kyoto stone temple wall, for example, became the topside curve of a coffeetable leg.

Lake often visits a clients’ home to see where the piece will be placed, and takes his cue from the setting. Very narrow slats on one client’s Japanese style gates, echoed over the front door, provided the impetus for a set of dining room chairs. “I brought those slats down and repeated them in the chair backs, which, without being slavish,” the artist recalls, “created a sense of harmony and tied the architecture together.”

Tai Lake uses hundreds of tools, most of them hand implements to bring forth a piece from the wood. Hand-sanding the finish takes nearly a third of the time. The result: exceptional balance and sensitivity of line. “To most people, wood is this hard and unyielding thing that has to be forced into shape,” says Lake. “But for me, wood is like clay.” 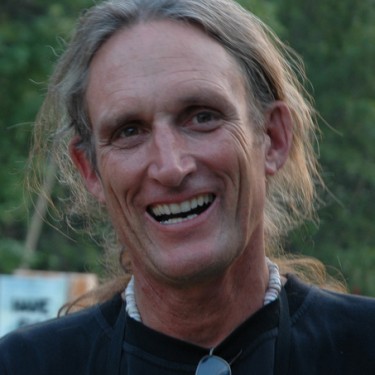