Laura Hosaluk maintains a studio practice in Saskatoon, Saskatchewan where she works as an interdisciplinary innovator. Her creative practice spans from painting, ceramics, found objects, wood, bronze casting and land art. Hosaluk’s work is in the permanent collection at the Madison Children’s Museum, WI, USA, Saskatchewan Arts Board, and many other private collections. Slate Fine Arts Gallery in Regina, SK represents her work.

Her versatility enables a variety of expression, fostered through her art education at the EMMA International Collaboration in 1992, Emma Lake, Saskatchewan. This is where she was introduced to a free exchange of knowledge through exposure to craft at the formative age of nine. This self-directed approach to learning through sharing, led her to complete her education with the EMMA International Collaboration, 2010 – 2014, becoming the Lead Organizer. In 2013 she presented her own ideas and experience gathered thru collaborative learning, when she was invited to present along side she father Michael, at a conference, Creativity in the World, Haystack Mountain School of Craft, Deer Isle, MN. That same year she presented on the Emma conference at The Donkey mill Arts Centre, Holualoa, HI, USA. In 2016 she was invited to Massachusetts Institute of Technology, Erik Demaine; professor of Computer Science and Martin Demaine; Artist in Residence, to further research her ideas and the benefits on collaboration as a model for empowering student centered learning.

Her work has exhibited regionally, nationally and internationally. In 2012, she was part of a group show, The Story of Six, Appalachian Center fro Craft, Smithville, TN,USA, showcasing six emerging artists, participants of the 2010 Emma International Collaboration. In 2014, Hosaluk’s work was invited into the show, Saskatchewan, premiering at the Sala Rekalde in Bilbao, Spain and the Blackall Studios in London, UK. Saskacthewan delved into the immense artistic, cultural and ethnic diversity that has long characterized the region’s art.

Hosaluk’s directly connected to her Saskatoon community, in 2008 she was instrumental with the support of Joseph Naytowhow and Kimble Worme, in connecting children with Indigenous culture through a series of after-school programs, Youth Leading Youth, City of Saskatoon. Her love for creative learning has been demonstrated through various Artist Residencies; Opening the Door, ArtSmarts Grant, Saskatchewan Arts Board (SAB), Nutana Collegiate, Saskatoon, SK, 2009, Come Circle Around, SAB Creative Partnerships, Explore and Develop, PotashCorp Saskatchewan Children’s Festival, Saskatoon, SK, 2016, and the Think Indigenous Conference, Donnie Speidel, Nutana Collegiate, Saskatoon, SK, 2017. She is passionate about collaboration, not only in experiential learning, but also for cultural growth. 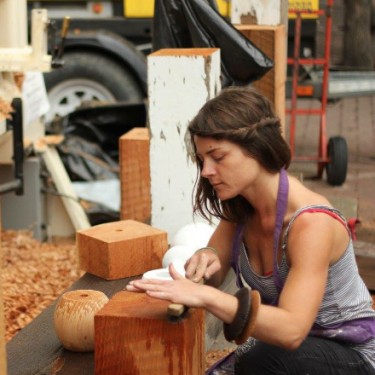