Born March 2, 1961 in Greeley, Colorado, Mark is the eldest of two sons born to Allan and Carol Zimmerman. Moving across the northern and central high plains and prairies of the United States the family eventually settled in Fargo, North Dakota, near the home and large extended maternal side of the family. That family, with the deep roots of a farm family in the rich soils, along with the omnipresent and expansive spaces of the area that run to the horizon have had a powerful and lasting effect on Mark’s character, concerns, and work.

Afforded an unusually rich program of art studies throughout a happy and vigorous youth, Mark chose, or fell, initially into the pursuit of other courses of study, independently and at university. Despite living an increasingly chaotic and sordid life, rich in experience but lacking in direction, Mark made unorganized intellectual forays in various directions: anthropology, archeology, history, Native American studies, philosophy, and comparative religion. At Moorhead State University (Minnesota), beginning in 1985 Mark began a serious and suddenly focused pursuit of fine art informed by the earlier diverse interests. Graduating with a BFA in printmaking in 1989, Mark continued his education at Illinois State University, earning an MS in printmaking in 1992 and an MFA in painting in 1994.

By chance rather than by choice (the way life often unfolds), Mark returned (fortuitously) to North Dakota and eventually took a position at an art gallery/performing art space in Jamestown. Unaccountably, it was there that he met another artist, Mary Wipf. Today, married, they live and work in the Black Hills of South Dakota, a much beloved environment that enriches and informs both their lives together and lives as artists. Mark has become a premier visual interpreter of the places and spaces of the western high plains and the Black Hills. Mary and Mark, from an exceedingly rural Deadwood location, own, work, and show at their Green Ink Gallery and Studios, which is happily open by appointment at info@grmountain.com or (605) 342-2552. 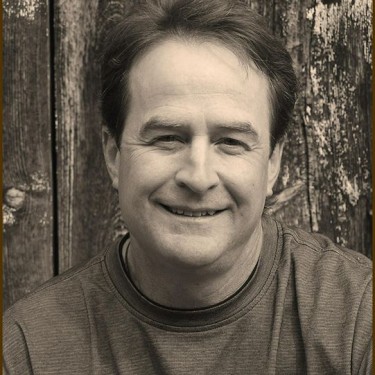