Jeff Nachtigall is a multidisciplinary artist, curator, activist and speaker.

His work has been exhibited throughout North America, Europe and China, and is represented in numerous public and private collections. He has participated in residencies across Canada and regularly lectures and facilitates workshops at institutions across North America.

His curatorial practice focuses on community based projects like STUDIO 99 (1999), a month-long multidisciplinary art collaboration involving over 200 artists and more recently (In)Accessible City (2010) and The Insiders (2007), part of an ongoing series of exhibitions that challenge the stereotypes and stigma surrounding those living with special needs.

In 2006 Nachtigall developed the Open Studio model for healthcare. This inclusive, non- hierarchal, client-centered strategy challenges the traditional clinical approach of art therapy and pushes the boundaries of the arts in health care. This model has evolved and grown into a community based practice, engaging marginalized groups in art interventions that act as a catalyst for social change.

Nachtigall is the inventor of the Mobile Painting Device (MPD), which transforms a wheel chair into a giant paintbrush, giving people living with neurological deficits opportunity to express themselves on a very large scale.

In 2009, 2012 Nachtigall was short listed for the Lieutenant Governor’s Award in Arts and Learning. 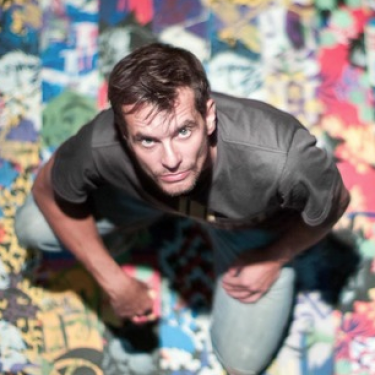