Derek Weidman was born in 1982, and has dedicated the last seven years to exploring lathe-based sculpture. His approach involves multi-axis turning as the foundation of his work. By using the unique shaping processes of turning, Derek has created a descriptive visual language that only the lathe can speak. This carving process creates novel representations of a wide range of subjects, from those based on human anatomy to various animal forms. Derek works from a basic question, “What would this look like if rendered through the lens of a wood lathe?,”” and even with the most rigorous naturalism, an honest abstraction takes place, and for each new subject that question gets answered. So from human heads to rhinos, mandrills to birds, each idea being captured in a way it has not been expressed before.

“Here is an analogy: say if I were to draw a baboon, describing its features with a great deal of realism with my right hand would be relatively simple, but now if I were to draw a baboon with my left hand, some sacrifices would be made due to the limitations my left hand has. I would describe or capture the essence of the baboon differently with each hand. Now if we take this analogy one step further, say if I were to try and ‘draw’ a baboon with the lathe, the results would be much different, due to how the lathe works…”(From 2010 Profile in Woodturning magazine).

From very early childhood Derek has drawn constantly. He has a deep connection to nature, and his appreciation for wildlife has had a significant impact on his work. He also draws inspiration from astronomy, cosmology, ancient religions, as well as modern myths. He works in rural Southeastern Pennsylvania, where he lives with his girlfriend who has been with him for the entirety of his sculptural pursuits. 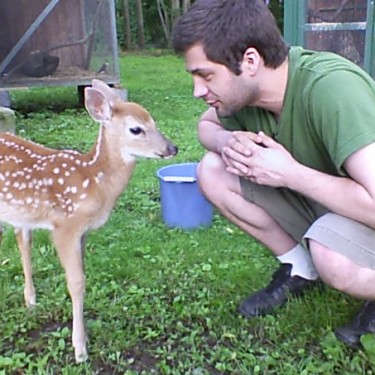