Megan Broner is an alchemist, of sorts. She turns words into gold.

Broner is a classically-trained, Saskatoon goldsmith and designer who’s attracted a world-wide clientele by creating fine jewelry to fit personal tastes. And that can be more difficult than it sounds, even for an accomplished designer.

“People often aren’t able to articulate what they like or don’t like,” says Broner. “”They usually say, “If I saw it in front of me, I could tell whether I like it or not’. I mean, most people say they want ‘something different’.”

In 20 years as a professional designer, Broner has fine-tuned a process that begins with asking the client a series of specific questions calculated to elicit her aesthetic choices.

“People are often very surprised by the process because they find themselves actually pinpointing their own preferences and tastes - the things that actually speak to them. Their aesthetics.”

Broner transforms these articulated preferences into two-dimensional sketches and collaborates with the client on final design. Then it’s off to the studio and the age-old art of alloying precious metals and manipulating the product into a three-dimensional piece that reflects both the client’s personality and the artist’s style.

Broner, born and raised in New York, began making jewelry when she was 12. She was encouraged by her father, an artist who bought her tools and books, and even set aside a work area for her in the house. By the time she graduated from high school at 17, she had decided to forgo university and head off to Europe to find a mentor. Through a friend who was studying at the American Academy in Rome, she met Italian goldsmith Carlo Vitali.

“I was very lucky to find someone who was willing to take me in. The goldsmithing community in Italy is like a brotherhood. It’s a fairly closed community.”

“I think one of the most profound things I learned from (Vitali) was a physical approach to the work… that you have to use your tools like hands and your hands like tools.

“(Gold) is not like clay, where you’re working with a plastic material that just kind of forms whatever you’re creating. There are many technical aspects in jewelry making that require other tools, the handling of those tools, your posture, your approach and how you direct the piece - these are the kinds of things I learned from watching him.”

Vitali taught Broner how to cast designs, set gem stones, and mix precious metals to produce gold alloys appropriate in strength and quality for the pieces being crafted. He taught her how to roll ingots into sheets and how to produce wire of varying gauge by drawing it through a draw plate.

When Broner returned to North America, she decided to pursue her post-secondary education. She studied philosophy and biology at Dalhousie University in Halifax, and for a time considered pursuing a career outside of the area to which she’d dedicated so much of life. But she never stopped making jewelry. And when fate and serendipity found her living and creating jewelry in Regina in 1977, her path was fixed. She moved to Saskatoon in 1985.

Few of life’s experiences are wasted on the creative mind - Broner says her interest in philosophy and biology continue to color her work. Her best pieces, she says, relate to the organic nature of the world and appeal to people in a way that connects them to the earth. In a more literal sense, gold and silver are of the earth. If many people are drawn to jewelry because of its intrinsic value, that’s not what moves Broner to create it.

“I like to produce beautiful objects that speak on many levels to the wearer and the observer.” 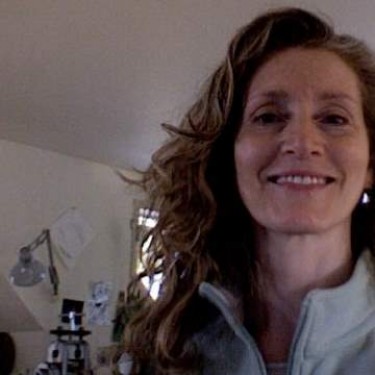